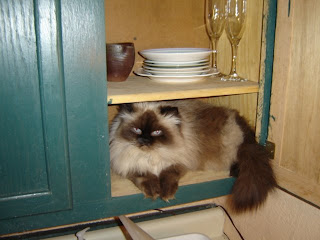 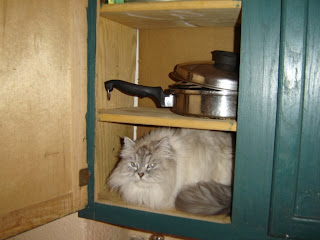 My sisters have been appointed to important cabinet positions in the Obama administration. Savannah May is a PETA consultant, ASPCA liaison. Lily is helping to end Mountaintop Removal in her ancestral home of Appalachia.
Posted by Billy at 2:41 PM 0 comments

Post-election, I watched a softball interview with George W. Bush inside an airport. I studied the outgoing president, curious and open-minded, hoping to see the charming, warm person I’ve heard about for so long coming into public view. I held the same hope viewing a television spot featuring Sarah Palin.

Watching and listening, I felt a hungry frustration for something to latch on to, some indication that they had thought through the issues and had reflected upon them in a meaningful way. What I heard, instead, were two ideologues reviewing the same talking points, and not even rendering them well. Not chasing popularity, Bush said, did what I believed was right . . . honoring the fallen . . . etc. etc. ad infinitum.

Watching him reminded me of seeing bad actors on screen. I have my list .. Madonna, Keanu Reeves ... you have yours. When I enter that movie house, I want to be moved, to be convinced. I want to believe. But I end up with that junk food feeling: I ate, I swallowed, but there was little nutrition, and I’ve consumed ingredients that aren’t good for me, that sometimes aren’t even really food.

And so it is with talking points. Words are coming out, but what of substance is being said? It’s a question that’s haunted our country for almost eight years: Is he serious? And now, with Sarah Palin: Is she for real? Or is it just more bad acting?

If The Terminator, say, cracked these two open, would the ideologue hush up and a real person step out, thoughtful, articulate, complex, able to listen? Or, if, using special effects, of course, they were cut up into dozens of tiny pieces, would each of those pieces spout the same bit-byte rhetoric? According to the results of my informal poll, I am afraid the conclusion is the latter. They’re not acting. They believe it. That’s what being an ideologue means, whatever the stripe.

As a listener, the moment of anguish in the Bush interview came when he said, I just want to go home . . . write my book. He wants to go home, to Texas, to his ranch. He spoke this wistfully, confidently, as though he had a perfect right to this comfort and security. Hearing this, I felt the familiar visceral repulsion at this man’s blind entitlement.

My mind was flooded with a rush of images of American soldiers secreted back home in coffins, or with Traumatic Brain Injury, or redeployed for another round of service; images of the residents of the Ninth Ward who lost their homes; Iraqi civilians whose homes are now rubble; people whose homes were built in the mountains of Appalachia. Those homes are torn down and the mountains along with them. A near infinite number of perished and poisoned wildlife whose habitat has disappeared. I thought of all those families displaced because their homes have been foreclosed. I thought of the homeless on the streets of our cities.

George W. Bush and his cabinet had an active hand in all of this. Their policies and decisions separated people from their homes, caused their home lives to be forever changed. And now this man, who despite his Ivy-League education, has trouble putting a sentence together, just wants to go home and write his book.

He just wants to go home.