What I Can Do 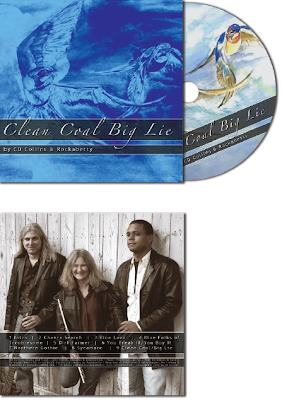 My favorite church is Keas tabernacle, the African Methodist Episcopal church on the east end of my home town.  I am moved by the warmth of the congregation, the cadence and metaphor of the preacher, the swaying choir.  I have learned some of my best lessons in that sanctuary.  One Sunday morning, we congregants filed down the red-carpeted aisles to kneel around the chancel for private prayers. As we knelt, the choir sang a hymn with the chorus “You are worthy, you are worthy.”

I know something about the lives of the African Americans in that congregation.  I know that some businesses don’t close on Martin Luther King day, that inside the hearts of some townsfolk, the rebel flag still flies.  The choir’s voices resonated inside me “you are worthy.” I believed them. And I understood how necessary it is to believe. That Sunday, the preacher ended his sermon with the directive to “do what you can.”

“You don’t have to do everything,” he said, “but you must do something. Do what you can.”

Yesterday,  I worked with a graphic designer on the jacket design for my forthcoming album Clean Coal/Big Lie. The title song describes how giant machines are knocking off the mountaintops of Appalachia. Most of us are aware that coal-fired plants are polluting the air worldwide, but not everyone knows about the environmental devastation in the communities where this coal is being extracted.

I didn’t want to put a picture of a destroyed mountain on the album cover. I didn’t want an image of a slurry pond. I wanted bluebirds. Many years ago, my mother had painted a watercolor of bluebirds taking flight.  I wanted to use that image because it corresponded to a line in the song “the bluebird flies up, but where does she go?”

I’ve been working on this album for three years. There have been many frustrations, set backs and delays. I’ll spare you the chronicle.  The jacket lists two songs that haven’t been recorded yet. But, with a lot of help from generous and talented people, I am determined that the album will be completed and released.

My old Kentucky home consists of a house and 56 acres. That might sound big to a city dweller, but it’s considered a baby farm.  My house was the first one built on the road, a Victorian cottage constructed in the 1890s. When I put the down payment on the farm in the 1960s, the whole area was farmsteads.  Now, it’s all subdivisions. My farm is the only one left.

I’ve made a lot of mistakes over the years, renting my house out unknowingly to meth producers, letting my pond go to ruin. But the past several years, I’ve been getting an education. For one, I had the pond dipped out.  The only thing alive in what had become a swamp overrun with cattails, was a snapping turtle and a granddaddy catfish bleached white from chlorine. My neighbors had been surreptitiously draining their pool’s backwash into the pond for years.

All those beautiful bushes that enclosed my house in a green cocoon? Well, they were invasive bush honeysuckle, not a good home for wildlife as I had naively assumed. Bush honeysuckle sends out a chemical that turns the soil acidic and discourages growth of anything but more invasive honeysuckle. There’s another invasive that has taken over much of the pastureland in Kentucky: fescue, a grass that was sown because it could withstand drought and poor soil. Someone even named the invasive seed Kentucky 31. When cattle graze on fescue, it overheats them, especially their feet. That’s why you see cows standing in the water during Kentucky summers.  Invasives have no natural competitors, so they are hard to kill.

This past fall, I arranged for a chemical burn of four of my fields, a total of 9.6 acres.  They were burned again last week. Herbicides are toxic chemicals, but they tell me that glysophate breaks down the fastest. I hope that’s right.   And the sound of the chainsaw is my buddy Ray, cutting down bush honeysuckle and ailanthus trees. I will plant native hardwoods in their place.

Today, spent $1,100 on one hundred pounds of seed — of tiny, fragile, native grass seed.  If the stars align, these seeds will be planted in the burned fields.  After three years, they tell me, those fields will be thick with Virginia Wild Rye, Side Oats Gamma and Little Blue Stem. Dispersed among the grasses I hope to see native flowers — Partridge pea, Indiana Bundleflower, Black-eyed Susan and Purple Coneflower.

These are high protein grasses, good for cattle, and for nesting birds and wildlife. I am trying to create a bit of habitat to contrast with its massive loss, locally and worldwide. I know how lucky I am. To own a farm, to have a chance to contribute in this way.  I cannot change the unfair history of this farmland, where I have found flint stone arrows from the Wyandot and Cherokee. I cannot burn my fields with a controlled natural fire because I’m too close to houses. I cannot even assure that these grasses will survive.

But yesterday, when my graphic designer send me a mock up of my album-to-be, I was struck by sinister quality in the deep hues of the blue cover, the birds taking wing in alarm from their exploded mountain home.  They fly up, and where will they go? I hope they fly west a few counties. I hope I am in path of their flyway. I am putting up bluebird houses. I am planting the fragile seed.
Posted by CD Collins at 2:18 PM